two summers after the divorce, a poem 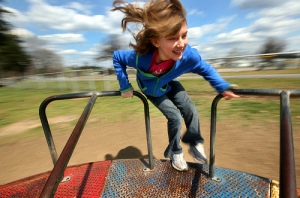 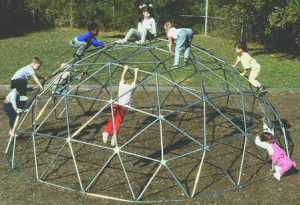 Two Summers After the Divorce
(originally published in Snakeskin)

The greenness, and the cars whizzing faintly by
like Central Park. Drops of water plopping
from the trees above me, cooling.
Children squeaking on the swings.
Soothing noises. A ginger-haired dog
with beautiful green eyes. A ginger-haired little girl
with yellow socks. In a blue flowered dress,
she runs past, smiling. My ex-husband
already has a new baby.

My daughter’s bangs fall into her eyes,
so I ask if she wants a trim. No, she says,
her hair over her eyes gives her privacy
and makes her feel like she’s never alone.
I exchange glances with a blonde curly-headed toddler
in a black stroller with leopard print cushions,
sucking on a pacifier. She blinks knowingly.
She’s seen her own future, but will forget it
by the time she can talk. She sees colors around
people’s heads, her eyes glaze over at the beauty.

Berry juice drips on my paper — a hazard of writing
outside under trees, birds and squirrels.
A granny says to her grandson,
“That’s a big spider you’re climbing on.
See his eyeballs?” They argue about letting him have his toy cars —
she wants him to climb and run and swing.
Granny has a long red braid on one side,
fading to gray at the scalp. Did she quit dyeing it abruptly
six months ago? Just gave it up, it looks like.
She’s learned exactly what you can expect from men.

A young man passing is shirtless, jeans and hair wet
from riding around on his bicycle in the gentle rain.
Barefoot. Almost a man, but not there yet. He looks
furtively at women’s bodies, wanting something
but not knowing what it is. I don’t know any more, myself.
The girls on the merry-go-round scream, “Faster, faster!”
Heads tilted full back, faces to the sky, yelling.
My baby says, “This is the twisty-turny insane asylum.”
She calls to me and waves. I wave back, nod and smile.

A black teenager dressed in shorts and a muscle shirt,
with his baggy football jersey tucked into the waist,
draped over his thighs like an apron.
He is lean and muscular, hanging out with two fat boys.
I wonder how many times he will attempt marriage.

The sky is multiple shades of grey, the breeze puffy
in medium bursts. Some little girls climb on the spider-gym
and mine says, “We’re mites. And we sit on his eyeballs.”
Redheaded lady in blue jeans and a red gingham blouse,
white wrist brace with day-glo pink straps.
The ex-husband calling me a harlot is like blaming
the broken capillaries for the bruise.

One impeccably dressed woman who looks just like
his new wife walks by, with two-carat stud earrings
and three small children but at least four babysitters
at all times. I’ve seen her around town for years.
She’s always pregnant or nursing.
Her feet in black sandals with bright red toenails,
professionally painted, her gray tweed suit with trousers
and her dime-store fuzzy hair-tie.

I can smell the fragrant candy-striped amaryllis
out in the grassy circle from 20 feet away.
Fog in the hills and over the river,
branching off, banks lined with thick green trees.
Hills of crumbling shale, flowers by the road, pink,
purple, white. Plaster bunnies and fawns on lawns.
Lavender stained glass windows in the church.
Queen Anne’s lace, orange-red daylilies.
Grasshoppers flinging themselves at me,
banana spiders wait in their enormous webs.

I run through the park, getting scraped by tree branches
but laughing as I run. The smell of cut grass and weeds.
Huge, opalescent night crawlers burying themselves
in leaf mulch. Character is not made in a crisis,
dear ex-husband: it is revealed.

One response to “two summers after the divorce, a poem”