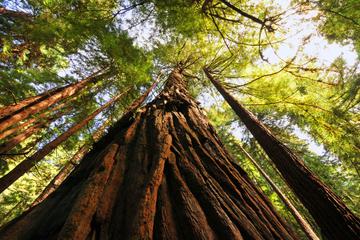 (Statements in italics taken from Ethics, by Baruch de Spinoza)

Look farther and farther toward thin blue sky, until the green feathery tops of the trees are like the northern pole on some dream planet.  Put the anger back in its bottle. These trees are generous.  Hatred can never be good.

Your carsickness from the ride up the mountain begins to fade, leaving behind a breathless, weepy echo not unlike your first religious fervor.  Hatred is increased through return of hatred, but may be destroyed by love.

When have you not been afraid?  The random can be scrutinized for meaning, the puzzle solved, when surveyed long & carefully enough.  Anything may be accidentally the cause of either hope or fear.

These trees have plenty of time.  As a child, you stared at Jesus’ sad face for hours, wishing you could marry him  — wondering what it was that made him love you.  Could you sacrifice yourself for the sins of the world, if it was that simple & necessary? Cathedrals turn us small and vulnerable again, for reasons both blessed & cursed.  Devotion is love towards an object which astonishes us.

Vague, starry eyes like yours feel at home here; the air is weighty, burdensome & solemn. You’ve loved trees before; this is different.  These trees have plenty of time – more time than you.  If we love a thing which is like ourselves, we endeavor as much as possible to make it love us in return.

Your nerves are suddenly frozen, by the unaccustomed richness of perfect light.  Your guide is tall & slender, hesitant to speak.  Her mother has the tattooed forearm of a Polish Jew of a certain age.  The knowledge of good and evil is nothing but an idea of joy or sorrow.  Sorrow is [a hu]man’s passage from a greater to a less perfection.

These trees have plenty of time.  She touches your wrist, and for a moment, you, too, want to grow taller, leaving the surface of the earth behind forever.  Shyly, she picks up a tiny pinecone, smaller than a toy.  You both laugh when she tells you this is their seed.  Joy is [a hu]man’s passage from a less to a greater perfection.

These trees have plenty of time.  And all around, their wise, fallen, hollow bodies litter the ground like the bones of saints.  Childlike, you understand a wish to die here, never to leave this hush.  They’re only trees – your neck bent back as far as it will go; only trees, yet wondering if the giants can hear your thoughts.  Love is joy, with the accompanying idea of an external cause.  Love and desire may be excessive.  When the mind imagines its own weakness, it necessarily sorrows.

Is there anything we have less power over than our own tongues?  These trees have plenty of time, growing wise as the Buddha, in their silence.

The Analysand, a short fiction 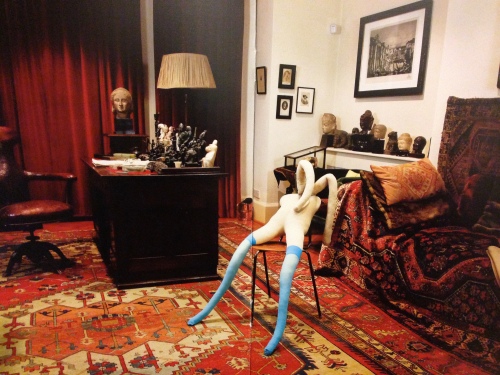 The Analysand, a short fiction

She remembered long-forgotten moments; instances of innocence, of confidence, of hope. Her analyst wanted more from her than pages in her journal, more than frozen images which may… or may not… have actually happened. Four bundles of smooth, shiny, purple rope lay on the coffee table in his office, four beautifully coiled bundles, bound & tied with intricate, ceremonial knots. His eyes met hers; bright blue lamps of inquisitiveness and Inquisition.

“Where do you get that kind of rope?” she asked.

“I make it,” he said. “I dye it with Tyrian purple and condition it with organic beeswax.”

She kept her face neutral; curious. She’d had enough of fake tourist traps for a dozen lifetimes; boring main highways hadn’t ever led her to anyplace she’d want to stay in for long. And the sun rises even after the darkest night. And the sun sets after the sunniest day. Night has its own charms. Her wounds were on the inside… and his? His… would be healed by helping her heal her own. The rope laid on the table, gleaming & inscrutable. Her favorite violin, a Bergonzi, sat silent & helpless on her lap.

She’d been dead so long; she’d wanted her to speak for herself for so long. Her mother had treated her like anything but a daughter; pupil, instructor, heathen, missionary, ghost, confessor, beggar, heir, therapist, patient. So strike a pose; strike a deal; strike a match. What difference does any of it make: preserving body & soul is not good enough; nurture your body and your soul. Peace arises where all paths meet; crossroads for weary travelers. Fevers can burn you up. Water can heal. She put the violin back in its case.

“Okay,” she said. “It’s worth a try.” She stood up off the couch and took off her clothes.

Dr. Zhu tied her up gently, kissing her as he did. Yes. He started at her ankles, and bound her up like a trussed bird. And then he helped her lie down on his soft purple couch and began his work. Where you find the water of life, is home. 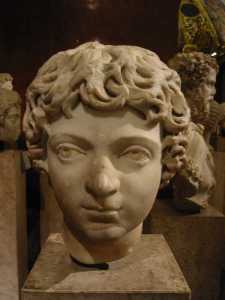