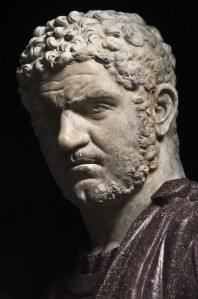 valentina and deucalion, a children’s story 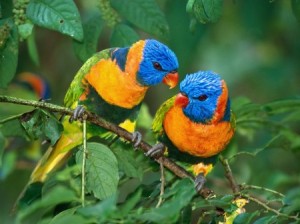 Once upon a time, in the faraway city of Rome, there lived a beautiful young woman named Valentina. She dearly loved a handsome young man named Deucalion, whom she had known since she was a small child, but he did not know of her love for him, nor did he seem to be looking for love from any young woman. He was too busy learning to be a warrior, and fight in battles — how he loved to ride his beautiful horse, Melodius, over the green hills and through the dark forests. Melodius was black, with a long, thick mane and tail, and four white socks, and one tiny little snip of white upon his nose. The horse ran like the wind, and Deucalion loved to lean over Melodius’ neck and feel the rushing air upon his own face.

Valentina lived with her older married sister, Daphne, and she and Daphne were always busy, and worked very hard taking care of the household and the children. In those days, there were no vacuum cleaners, no microwaves, no telephones, and no refrigerators. Just making a simple breakfast was a great undertaking. The fire had to be lit, early in the morning, so that by the time the sun rose the coals would be just right to bake the bread. Some days, Valentina was so busy she didn’t have a moment to catch her breath. Still, she used to take her youngest nephew, Ovid, for long walks every afternoon, hoping to catch sight of Deucalion riding across the hills, but she hardly ever got to see him anymore.

It wasn’t like the days when they were children together, when they would play for hours, climbing trees or hiding underneath the great stone towers that bordered the city. Sometimes she would lie awake at night and imagine what Deucalion was doing at that very moment — whether he slept in a warm bedroom or out under the stars, whether he dreamed that very moment of her or, for that matter, of any young woman in the city. She wondered if he would ever fall in love.

It had been a very cold, wet winter in Rome, and Valentina was looking forward so fondly to the coming of spring, and to the beautiful flowers which would bloom in the gardens and in the country. One day towards the middle of February, she noticed two small, silvery doves cooing in the courtyard. The doves danced for each other, arching their necks and wings gracefully. All the birds in the city were busy building their nests and getting ready to lay their eggs, and Valentina remembered that the festival of St. Valentine was just two days away. Her heart beat faster at the thought, and she hoped Deucalion would be at the festival this year.

Every year on this day, the young men would run through the streets carrying long strips of leather made from goatskins. The young women would crowd the sides of the streets and try to catch the strips of leather as the men rushed by. Deucalion was always so fast that no one had ever caught his strip of leather, not even Valentina, who was a very fast runner, indeed. When they were children, she had beaten Deucalion in a race many times, and this had made him proud to be her best friend.

But Valentina’s favorite part of the St. Valentine’s festival was how each young woman would write her own name on a piece of paper, and put the paper together with all the other young women’s papers into a big box. Then, each young man of the city would close his eyes and draw out a name, and that name would be his love for the whole year, until the next St. Valentine’s festival. If he were especially pleased by his love, he would have her name embroidered in gold on the sleeve of his clothes, so that everyone would know, and be happy for them both, and rejoice. Valentina knew it wasn’t very likely that Deucalion would draw her name. Hundreds and hundreds of young women put their names into the big box. She would be happy, she thought, just seeing him at the festival and talking with him.

The morning of the big festival came, and Valentina dressed with care in her prettiest gown, with a round silver pin at the shoulder, and she put a circlet of delicate silver leaves on her head. She walked to the city square with her folded piece of paper, and dropped it into the box with the other young women. They laughed and teased one another while the young men drew the names. She saw Deucalion, and watched him take a paper from the box, and held her breath, but after he read the name, he walked right over to her old friend Corinna and took her arm. Corinna whispered something to Deucalion, and he whispered back, and Valentina’s heart was sad. There’s always next year, she thought.

As she stood waiting for the rest of the young men to finish drawing the names from the box, she suddenly felt something strange tickling her back. She turned with a start to see Melodius, Deucalion’s horse, right behind her. The horse had touched her robe with its soft mouth, and stood quietly in place as she looked at it with wide eyes, the animal nodding its fine head as if in greeting. Riding Melodius was, of course, Deucalion, and he smiled. He wore a new red tunic, and on the sleeve Valentina saw her own name embroidered in gold. “I asked Corinna to make this for me long ago,” Deucalion said. “I was hoping that one day, I would be lucky enough to draw your name.” He reached down, and helped her up onto Melodius’ strong back.

“This is not at all what I had expected,” Valentina said. “I thought you would never, ever love me.”

“Aren’t you glad you didn’t get what you expected?” said Deucalion, and off they rode, enjoying the fine clear day, the swift, smooth gait of the horse, and most of all, each other’s company.

Filed under for children