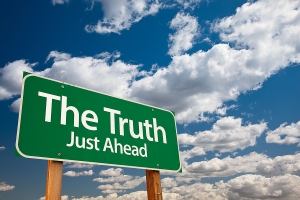 First off, my name is not really Kimberly Townsend Palmer. It is, or rather, should be, Kimberly Townsend Pomikala. Pomikala is a Bohemian name, which my father was born with but which was changed by his family not too long after he started school in Arcadia, California. It was changed because one fine, sunny day he came home in tears after being called a “dirty Bohunk” by the other children. It was 1943, and the world, and finally the United States, had long been at war. The biggest battles were not being fought on battlefields but being fought inside the human heart. Many families lost their entire physical existence, multiple generations snuffed out in less time than it takes to inhale, exhale — mine lost only its identity. A small price to pay for being safe in southern California, in a town named for the residence of the Greek gods. So my father grew up as a camouflaged ethnic. The name was changed, but the inside could not be changed. He never felt at home anywhere he went. He might well have been a war refugee of a metaphysical battle — a battle, the fundamental struggle humanity has been waging since its inception, the inexorable war between truth and ignorance. Factual accuracy is not always the truth — truth goes to the essence of a thing. Not the surface, but what is deep within.

The story is told how Eve caused the fall of humanity from the garden of Eden by eating from the tree of the knowledge of good and evil. What is the remedy for this? What is the essential nugget of truth we may take away from that crucial moment? My answer is: there is no absolute good, there is no absolute evil — there is but truth and ignorance. Eating the apple and gaining the surface knowledge of good and evil was a trap humanity fell into, a trap we have been struggling to release ourselves from ever since. Love exists. Hate exists. Both can serve the truth. Both can serve ignorance. We must harness ourselves to the wagon of truth and pull our heavy burden to wherever the driver leads us. The driver is God, the driver is love, the driver is peace, serenity and acceptance of the way things are on this planet. Many things we label good and many things we label evil are in fact neither. They are simply in the service of truth or in the service of ignorance. Satan, in the guise of the serpent, led Eve and Adam into a terrible, incomprehensible trap and God is now and has always been guiding humanity out of that trap. The reason God forbade eating of that fruit was it was not yet the right time for humanity to have that knowledge.

Plainly put, we are not yet advanced enough to receive the knowledge of good and evil. God is the only entity qualified to eat of that tree. We have taken a small, superficial bite of knowledge and used our imperfect bodies, minds and hearts to inflict merciless cruelty and oppression on others. Our biggest enemy is pride — believing we, as fragile, physical and temporal beings, can ever know enough to accurately judge another’s worth before God. How dare judges and juries impose the death penalty! It is not our role to take life, which is bestowed by God. It is our role to live it and seek the truth and banish ignorance. We are entitled to keep ourselves safe, we can ensure our physical and emotional safety from injustice and repression — but we cannot ever presume to know the will of God.

president barack obama is being quoted out of context by the radical fringe right, and I’M SICK & FUCKING TIRED OF THIS SHIT

the full text of president obama’s speech in which he advocates FOR democracy, not AGAINST it. a paragraph is being circulated, ENTIRELY OUT OF CONTEXT, to defame him. I WON’T STAND FOR THIS SHIT.

“And it was here in Europe, through centuries of struggle, through war and enlightenment, repression and revolution, that a particular set of ideals began to emerge, the belief that through conscience and free will, each of us has the right to live as we choose, the belief that po…wer is derived from the consent of the governed and that laws and institutions should be established to protect that understanding.

And those ideas eventually inspired a band of colonialists across an ocean, and they wrote them into the founding documents that still guide America today, including the simple truth that all men, and women, are created equal.

But those ideals have also been tested, here in Europe and around the world. Those ideals have often been threatened by an older, more traditional view of power. This alternative vision argues that ordinary men and women are too small-minded to govern their own affairs, that order and progress can only come when individuals surrender their rights to an all-powerful sovereign. Often this alternative vision roots itself in the notion that by virtue of race or faith or ethnicity, some are inherently superior to others and that individual identity must be defined by us versus them, or that national greatness must flow not by what people stand for, but what they are against.

In so many ways, the history of Europe in the 20th century represented the ongoing clash of these two sets of ideas, both within nations and among nations. The advance of industry and technology outpaced our ability to resolve our differences peacefully. And even — even among the most civilized of societies on the surface, we saw a descent into barbarism.”

“At my request, I recently received several copies of Professional Artist. I wanted to look at them and what they had to offer photographers. To my surprise, photographer Steve Meltzer has a regular column, ‘Photo Guy,’ wherein he examines a variety of techniques and tools. In the issue, his topic is ‘Photography and the Professional Artist.’ In this article he discusses the process of preparing your work for the world of fine-art exhibition. In a previous issue, managing editor, Louise Buyo, profiles photographer RAK. She describes RAK as ‘ a photographer who shoots from the hip with a tendency toward abstraction.'”

I would describe “photographer” RAK a tiny bit differently… for example, this way: “a ‘photographer’ who lies on her generous husband’s couches for a decade, graciously permitting her husband to pay 90% of her living expenses while she socks away half a million to make her own individual retirement nice & comfy, (but who assures her husband it’s meant for him, too, which is a DAMNED LIE), a ‘photographer’ who then dumps the aforementioned husband a few months after he nearly dies from a brain tumor, because she doesn’t like her husband being healthy again & actually asking her to get up off said couches & pull a bit more of her own weight… a ‘photographer’ who now lives off her beloved “Grammy” in a house her beloved “Grammy” purchased for her with cash, on a golf course, where she can lie on her couch during business hours, pretending to work for the fools who employ her, but actually sleeping four hours out of the eight those fools mistakenly believe they are paying for.”