emmakwall (explains it all)

Thank you very much to Jeff of Eclectic Music Lover (great site) for nominating me for the prestigious My First Blog Post Revisited challenge.

Here are the rules for this challenge:

I feel like I want to take a pass on Passover this year. I’ve done it before. I tried to do the whole thing last year – closing up cabinets and shopping for matzo meal and gefilte fish and kosher for Passover candy. I spent an inordinate amount of time looking up articles about kitniyot (some Jews say that beans and corn and rice are fine for Passover, others say no, based on which crops used to grow next to other crops way back when). It is, of course, a fascinating debate. I made a double recipe of Sephardi Charoset (dates and figs and chestnuts and wine and on and on) and resolved to think Passover thoughts for the whole week. But, I didn’t have a Seder to go to, and I hate (really, really hate) Matzo. 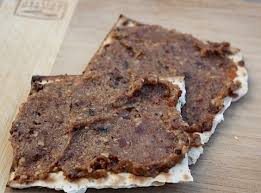 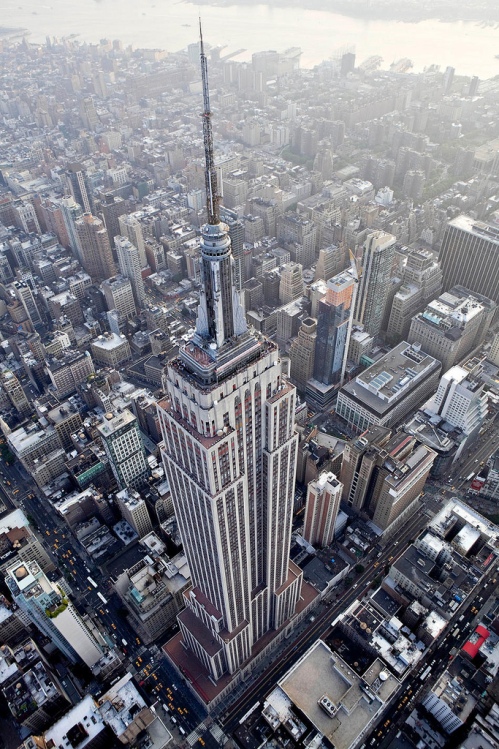 Twenty years ago we finally went to see the sights,
riding the train through flashing dim green suburb,
glassy sharp-edged slum, the skin stretched
pale and tight over your fine cheekbones —

you didn’t really know how to be afraid of death,
simply of heights and under-grounds:
you wanted always to be on the surface of the earth.
Your demise was still an abstraction,

discussed in the evening while sucking cool mints —
the natural order of things. I dragged you
all the way to the city under the water from Hoboken,
then marched you up to the roof of what was the tallest

building in the whole world when you were young.
I haven’t been here since it was built, you said,
and though the blood sank to your innards in panic,
you kept walking; I kept pushing and pulling you

forward, propelling your solid weight like a cart
loaded with spring lambs. Your hand, soft
wrinkled palm, roughened fingers speckled white
around the knuckles, gripped mine, but I showed

no mercy; I was forcing you to confront the bitter
end ahead of schedule. I was being cruel
to make you go look at the thin sparkling air
of the heavens and you knew it. But later,

my love, as you lay sweating, heavy and motionless
in your bed as though carved of wood, deprived
for weeks of even the common decency of words,
weren’t you glad you went with me once more to the top?

You may not remember me, but I was at Le Cirque one night, that December, when you were having sex with Marla & trying to get rid of poor Ivana. Remember your ski trip? I was there for that too! Isn’t life funny? Anyway, Ivana was still running the Plaza. You hadn’t destroyed it yet. Of course you would be instrumental in that, letting that fabulous, fabulous hotel where Scott & Zelda frolicked in the fountain — and where I & my daughters enjoyed many a Sunday brunch — get turned into condos (using nonunion labor, of course). Even then we knew what you were made of, and it was ticky-tacky.

You were a prematurely balding joke, you were getting soft & going broke, and your lovely, long-legged girl spoke to me — at length — while we were in the ladies’ together. She asked to borrow my lipstick. I’m a nice Southern girl, too, so like sorority sisters we joshed about the men we were with that night. We joshed about stuff like sex, and how it was really funny how men were so simple, so easily fooled. Turns out my mother knew her mother from way back!

I actually asked poor Marla what she thought of Trump Tower. One of my friends had tried to get me to go inside but I refused. It was too ugly, and you’d torn down that beautiful Art Deco facade & not even given it to the Metropolitan like you promised! I wish I’d known that night what you’d be up to in 2016, because I would have spit on your plate on my way out the door. I have good aim. I was a tomboy.

Anyway, back in the Le Cirque ladies’, Marla giggled and said she didn’t really like it much herself, but that she’d never tell you because she knew how much building that brass & glass dick substitute (her words, not mine) meant to you. Apparently insecurity knows no bounds. Plus, she thought you were rich. She played that gig pretty well, I must say.

You were also a complete laughingstock down in Palm Beach. All of old Palm Beach hated you! I’d heard how you were ruining Mar-a-Lago — which I’d visited as a child, playing happily out in the garden whilst the grownups did boring things inside which didn’t involve roses, or butterflies, or dogs. You destroyed it, just like you destroyed that beautiful Art Deco facade. And, by the way, I know all about Jared’s brother. And your youngest kid.

So you thought being President of the United States would be easy? Cry me a fucking river, Herr Blotus. I know exactly who you are. You’re that pudgy asshole crybaby who got sent to military school for beating up the little kids. You’re that fat old man who cut off his nephew’s health insurance because he didn’t like the way his nephew refused to bow & scrape to him after he stole his nephew’s inheritance. Honestly, sir, you are nothing more than a piece of shit.