Leslie Gaines is a criminal, a con man and an artistic failure.  He stole business assets from me personally, to the tune of six figures.  Yes:  $$$,$$$  He has left a bloody trail of many other duped & broken former “partners” behind him.  I pity anyone who trusts him with their priceless time, credit rating, camera equipment, or vehicles.  In addition to those crimes, he invaded my home and physically assaulted me.  He is currently hiding out in Montana, plotting his next big con job.  Warning:  do not ever, under any circumstances, believe one word this man utters.

He is a pathological liar.  He never speaks truth.  He sheds crocodile tears.  He is a bad actor.  He is a bad “filmmaker.”  He is a hypocrite, a racist, and a descendant of General Gaines, one of the foremost murderers of native Americans in this country’s history.  He, himself, is quite literally cursed by the Seminole and the Miccosuccee tribes — they have judgments against him for millions:  $,$$$,$$$, and he will never be able to own property in his own name as long as he lives. I believe he is suffering from early onset Alzheimer’s, or some other form of dementia.  Or, just as likely, he has just rotted his brain with too much drinking & drugging.

He abuses women, uses & emotionally abuses everyone he meets, and continues to steal & abuse me emotionally by using my deceased brother’s name as a credit on his illegally obtained footage!  I pray that he doesn’t harm anyone else.  Look at his face and run from it, should you see him.  Forewarned is forearmed.  I owe the world this warning, both as a human being and a fourth generation attorney.

You may not remember me, but I was at Le Cirque one night, that December, when you were having sex with Marla & trying to get rid of poor Ivana. Remember your ski trip? I was there for that too! Isn’t life funny? Anyway, Ivana was still running the Plaza. You hadn’t destroyed it yet. Of course you would be instrumental in that, letting that fabulous, fabulous hotel where Scott & Zelda frolicked in the fountain — and where I & my daughters enjoyed many a Sunday brunch — get turned into condos (using nonunion labor, of course). Even then we knew what you were made of, and it was ticky-tacky.

You were a prematurely balding joke, you were getting soft & going broke, and your lovely, long-legged girl spoke to me — at length — while we were in the ladies’ together. She asked to borrow my lipstick. I’m a nice Southern girl, too, so like sorority sisters we joshed about the men we were with that night. We joshed about stuff like sex, and how it was really funny how men were so simple, so easily fooled. Turns out my mother knew her mother from way back!

I actually asked poor Marla what she thought of Trump Tower. One of my friends had tried to get me to go inside but I refused. It was too ugly, and you’d torn down that beautiful Art Deco facade & not even given it to the Metropolitan like you promised! I wish I’d known that night what you’d be up to in 2016, because I would have spit on your plate on my way out the door. I have good aim. I was a tomboy.

Anyway, back in the Le Cirque ladies’, Marla giggled and said she didn’t really like it much herself, but that she’d never tell you because she knew how much building that brass & glass dick substitute (her words, not mine) meant to you. Apparently insecurity knows no bounds. Plus, she thought you were rich. She played that gig pretty well, I must say.

You were also a complete laughingstock down in Palm Beach. All of old Palm Beach hated you! I’d heard how you were ruining Mar-a-Lago — which I’d visited as a child, playing happily out in the garden whilst the grownups did boring things inside which didn’t involve roses, or butterflies, or dogs. You destroyed it, just like you destroyed that beautiful Art Deco facade. And, by the way, I know all about Jared’s brother. And your youngest kid.

So you thought being President of the United States would be easy? Cry me a fucking river, Herr Blotus. I know exactly who you are. You’re that pudgy asshole crybaby who got sent to military school for beating up the little kids. You’re that fat old man who cut off his nephew’s health insurance because he didn’t like the way his nephew refused to bow & scrape to him after he stole his nephew’s inheritance. Honestly, sir, you are nothing more than a piece of shit.

(Statements in italics taken from Ethics, by Baruch de Spinoza)

Look farther and farther toward thin blue sky, until the green feathery tops of the trees are like the northern pole on some dream planet.  Put the anger back in its bottle. These trees are generous.  Hatred can never be good.

Your carsickness from the ride up the mountain begins to fade, leaving behind a breathless, weepy echo not unlike your first religious fervor.  Hatred is increased through return of hatred, but may be destroyed by love.

When have you not been afraid?  The random can be scrutinized for meaning, the puzzle solved, when surveyed long & carefully enough.  Anything may be accidentally the cause of either hope or fear.

These trees have plenty of time.  As a child, you stared at Jesus’ sad face for hours, wishing you could marry him  — wondering what it was that made him love you.  Could you sacrifice yourself for the sins of the world, if it was that simple & necessary? Cathedrals turn us small and vulnerable again, for reasons both blessed & cursed.  Devotion is love towards an object which astonishes us.

Vague, starry eyes like yours feel at home here; the air is weighty, burdensome & solemn. You’ve loved trees before; this is different.  These trees have plenty of time – more time than you.  If we love a thing which is like ourselves, we endeavor as much as possible to make it love us in return.

Your nerves are suddenly frozen, by the unaccustomed richness of perfect light.  Your guide is tall & slender, hesitant to speak.  Her mother has the tattooed forearm of a Polish Jew of a certain age.  The knowledge of good and evil is nothing but an idea of joy or sorrow.  Sorrow is [a hu]man’s passage from a greater to a less perfection.

These trees have plenty of time.  She touches your wrist, and for a moment, you, too, want to grow taller, leaving the surface of the earth behind forever.  Shyly, she picks up a tiny pinecone, smaller than a toy.  You both laugh when she tells you this is their seed.  Joy is [a hu]man’s passage from a less to a greater perfection.

These trees have plenty of time.  And all around, their wise, fallen, hollow bodies litter the ground like the bones of saints.  Childlike, you understand a wish to die here, never to leave this hush.  They’re only trees – your neck bent back as far as it will go; only trees, yet wondering if the giants can hear your thoughts.  Love is joy, with the accompanying idea of an external cause.  Love and desire may be excessive.  When the mind imagines its own weakness, it necessarily sorrows.

Is there anything we have less power over than our own tongues?  These trees have plenty of time, growing wise as the Buddha, in their silence. 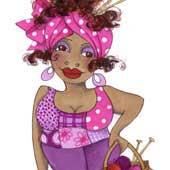 Feisty owner behind wheel of A-Girl

The towing company has survived 15 years by moving into tough territory and trading on its pink trucks and unusual name.

By MARTY CLEAR
Published January 30, 2004
If you live in Hyde Park or Carrollwood or Temple Terrace, you may have never seen the bright pink tow trucks with the crudely painted words “A-Girl Towing” on the side.

If you live in College Hill or Belmont Heights or the un-redeveloped fringes of Seminole Heights, you probably know them well.

For the past 15 years, A-Girl’s tow trucks have been common and unmistakable sights in Tampa’s poorer neighborhoods.

“Nobody wants to go to those projects, but I don’t mind,” said owner Shelia Cole. “I’ve made a niche business for myself.”

Cole never set out to own a towing company. In 1989, with some money in the bank from a lawsuit settlement, she had planned to open a used-car lot. She would buy old cars and fix them up. As sort of an eye-catching gimmick, she would put fancy rims on all the cars in her lot.

While she was waiting to get her business licenses for the car lot, she acquired an old gray tow truck from a relative. She planned to use it to bring old cars to her lot.

Gradually, she started getting calls from people – friends, then friends of friends, then total strangers – who needed their cars towed,

She realized that her gender was a better gimmick than fancy wheels. And she realized that even though she didn’t have any cars to sell, she already had a tow truck and some decent word-of-mouth business. She painted her truck pink, and A-Girl Towing was born.

(a note of preface:  i saw her tow truck years before the above article was published.  i wrote the poem a long, long time ago.  on a whim, looking for an appropriate picture to use in this entry, i searched “a-girl towing” and up popped the above article, at least a decade after i saw her on the highway while in tampa.  she was beautiful inside and out, then and now.)

a shocking bubble-gum pink,
and across the door in a lavish
curly script is written, “A-Girl

On her closely-shorn head
sits a circular, flat-topped cap,
embroidered in bright flowers.

The cap’s tassel flips saucily
in the breeze; our eyes meet
for a moment as she passes.

Her gaze seems calm, direct, filled
with the grace of one who understands
she owes absolutely nothing to the world.

When tow trucks are pink, is the world
necessarily a better place? Yes.
And suddenly I wish I could see:

who is this woman when surrounded
by her family, her dearest friends, her lovers?
Is she easy to laugh, does she enjoy

the scent of gardenias, can she whistle
with her fingers in her mouth
like I always wanted to but never could?