Roe v. Wade is 40+ years old & we’re still fighting about a woman’s right to choose? The religious right in this country is dangerous & out of control. Trump is conducting not press briefings, but propaganda presentations. It’s a schoolbook tactic of repressive regimes! 1984 has really come to pass! He’s grabbing pussies! Lying to our faces! Still thinking he could go out on Fifth Avenue & shoot somebody & not lose any votes!

Mother damned fucker! How I hate this dude! I’d sort of rather have W again! Oh, that’s a toughie, isn’t it? Bush I, I’d take back in a second… too bad he’s 92. Not your typical 92 year old, the news said… well, fuck no! Who of us is that rich from beginning to end? With the best health care money can buy?

Dumpy has withdrawn from TPP… leaving China to fill the vacuum. Kellyanne posited “alternative facts”… Spicer said, “we may disagree on the facts.” Really? Or is he going to say he meant… the interpretation of the facts? The significance of the facts??

Day 3 of Emperor Shithead? It seems like centuries already. 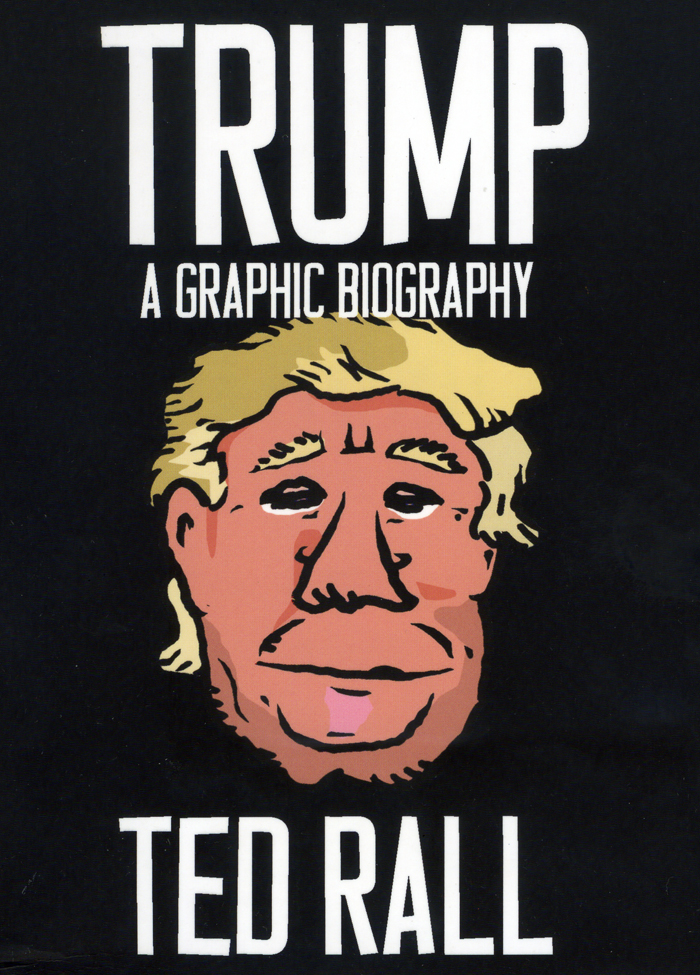 TRUMP is an informative guide on Donald Trump presented in a comics format by Ted Rall, published by Seven Stories Press. It is not a satire, nor is it a bombastic attack on Mr. Trump. In fact, if you were only to read a brief passage here or there, you might even warm up a […]