Elf Therapists I Have Known, a short story 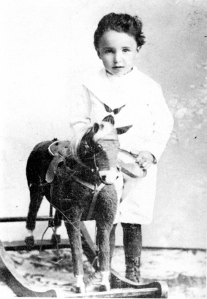 Elf Therapists I Have Known, a short story

I went to a Reichian therapist (a disciple of Wilhelm Reich, who was a student of Sigmund Freud) once, and it was some experience. She was this neat little lady named Lila. She had these big flashing eyes and she looked like an elf except she didn’t have pointed ears. Well, actually, maybe she did. I’m not sure. Wow, I think they really were pointed ears! So, like, dude, I think she actually was an elf! How spooky is that? The elf Reichian therapist/analyst/spiritual counselor? Who just happened to be counseling my dad? In group therapy? With my Aunt, his baby sister, who was ten years younger than him? Like I was ten years older than my baby brother? My two daughters that I have now, thirty something years later, are ten years apart. How many times do we have to repeat this generational pattern thing to get it right? To infinity, and beyond, it would seem.

So, the reason I went to see her, Lila the elf therapist, is that I was in California visiting my father the Communist criminal defense lawyer. He was really tall and thin with wild, curly hair. He was what I call now an “interesting” person. Which my older daughter will tell you really means “eccentric,” which is supposedly good, and which my younger daughter will tell you means “weird,” which is not so good, in fact, is bad in a major way, that is, any way which embarrasses her in front of her friends, which may be perfect strangers, but, you can never be too careful. Someone might turn out, in the end, to be a friend. Or they might turn out to be your worst enemy, so don’t give them any ammo they might be able to use against you in future.

Well, anyway, I was out visiting him, my Commie criminal defense lawyer father whom I didn’t see from the ages of four to twelve, over Easter break when I am fifteen going on sixteen, the exact same age my younger daughter is now, and he had an appointment for group therapy while I was there, and for some unknown reason, he invited me to go along with him. Because I guess he thought exposing a vulnerable adolescent to some of the wackiest, mid-1970s-counterculture, radical German existentialist-inspired group therapy that ever existed was a great idea to heal our battered and bruised father/daughter relationship! Which is exactly the sort of thing my father would think! Which is one of the things I most love about him now, but let me tell you, then was a completely different story!

I didn’t love this characteristic of Popsy at all when I was fifteen. No, that characteristic made my stomach hurt. In fact, the entire time I was with him, mostly, I was always on the verge of passing out, throwing up, breaking into a horrible sweat, having diarrhea, or all of those things simultaneously! Not that I was tense, mind you, just that he made me ever the teensiest bit nervous because of his unpredictable-ness. Excuse me while I wipe the tears from my eyes from writing that last couple of sentences! Tears of laughter! Now! Tears of sickness, then. See what a difference 36 years can make to a person? From one of your most horrible experiences to one of your most cherished, a few dozen deaths and a few divorces and a couple of children later! I’m laughing so hard I have abdominal cramps right this second! Whew!

probability is not certainty

uh, neil degrasse tyson, i hate to burst your bubble, but probability is not certainty.  the mathematical difference between 99.99 & 100 is infinite; remember zeno’s paradox??

“In 1977, physicists E. C. G. Sudarshan and B. Misra studying quantum mechanics discovered that the dynamical evolution (motion) of a quantum system can be hindered (or even inhibited) through observation of the system.  This effect is usually called the “quantum Zeno effect” as it is strongly reminiscent of Zeno’s arrow paradox.  This effect was first theorized in 1958.”

us poets & writers call it “the butterfly effect,” don’t we?