A Few of My Ghosts Comment on My Recent Behavior, a poem 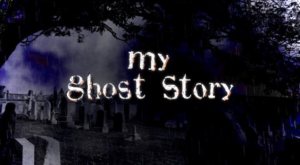 A Few of My Ghosts Comment on My Recent Behavior

Bravo! says Father. It’s about time! he says.  I was beginning to

think you’d forgotten everything I shared with you.

way?  Everything I believed in, taught you, gone!

would happen eventually.  I knew it was just a matter of

Grandfather just looks me in the eye and shakes his head.  He

knows exactly how such a thing can happen.

I never thought you’d have the nerve, says Father.  I thought I’d

lost you forever, missed my chance.

I never thought you’d do such a thing, says Grandmother.  I

I always knew you’d do something like this, says Mother.  You’re

I was just hoping you’d have more sense, says Grandfather.  He

still loves me, he always will.

Live as I would have, says Father.  Live for me.

No, live as I would have, says Grandmother.  Live for me.

Nothing I say will make any difference with you, says Mother.

You never would agree to live for me.  I only gave birth to

you.  I’m not someone really important, God knows.

Please be careful, says Grandfather.  Long ago, he charted the

dangerous waters, entirely alone, no one to guide him.

You must always tell the absolute truth, says Father.  It is the

only thing that will save you.

You must never tell the truth, says Grandmother.  It is what will

You always were a liar, says Mother.  You told the truth only

when it suited you.

Tell only the necessary elements of the story, and then only to

the necessary people, says Grandfather.  He is secretive by

nature, and full of legal advice.

Don’t think about things too much, says Father.  Follow your

heart.  You know, that ugly chunk of muscle in the center of

your chest?  It keeps you going, but for what purpose?

Don’t ever stop listening to it, the way I did.

I want you to stop and think before you do anything else crazy,

I know you’ve already made up your mind, says Mother.  You never

listen to a word I say.  It’s pointless for me to try.

There’s no need for haste, for immediate action, says Grandfather.

Is there?  He wants only to protect me, I am

his dear flesh and blood.  In all the family, I am the most

You loved me more than you ever let on, says Father.  I really

meant something to you.  Even though you’re suffering for it

You didn’t really love me at all, says Grandmother.  Perhaps you

didn’t understand what I meant when I spoke of love.

You only love yourself, says Mother.  You’re selfish, you’ve

Love is not always the most practical idea, says Grandfather.

Let’s think instead in terms of happiness.  He himself was

moderately unhappy for years — though so graceful, so

appealing, so charming in his distress, and every inch a

So, what will you do now? asks Father.  He tilts his head and

smiles, and the knowing look in his bright blue eyes give me

I don’t even want to know what you’ll do next, says Grandmother.

Her eyes are red, and I feel myself wanting to cry with her,

cry for her, but I can’t, and this hurts her more than

Whatever you decide, nothing will ever make you feel any worse

than you feel right now, says Grandfather, and then he puts

never, ever would have permitted me to see while he was

2 responses to “A Few of My Ghosts Comment on My Recent Behavior, a poem”