She Finally Had Enough, a short story 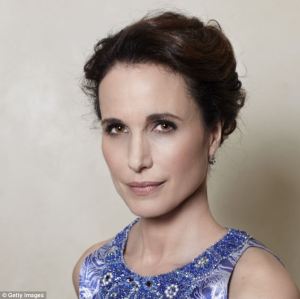 She Finally Had Enough, a short story

One fateful, thunder-stormy, early summer, north central Florida evening, this thrice-divorced, somewhat neurotic, fairly attractive for her age, fifty-three year old woman suddenly and completely unexpectedly decided she’d finally had enough snuggling. Not just enough for the moment, the hour, the day, the week, the month, the year — no, she’d finally had enough for an entire lifetime. From February 15th to June 15th, she tortured her brand-new, super-hot boyfriend (who had long, luxuriant, ginger hair with a couple of silver strands mixed in to add visual interest) with so many snuggling demands, and he was so kind, so generous with his snuggling (and other) abilities, which were, shall we say, subtle, complex, and mature, as well as multiple in nature. If you get the hidden meaning. No pun intended. That’s a damnable lie. Every pun intended, and included for general salacious effect upon you, dear reader. Deal with it! Go get your own damned snuggling, right this second, from whomever it is you most wish to snuggle. Maybe it’s your wife, your husband, your child, your parent, your neighbor, your bitterest enemy, your dearest friend, maybe it’s Adolf Hitler or George W. Bush, or your dog, or the armadillo that’s digging a big trench next to your driveway and gave birth to a litter of babies last week, maybe it’s your hippie nephew you’ve taken into your care who’s living in your former mother-in-law suite, whoever. Maybe it’s the lonely woman eating at the take out Chinese restaurant downtown, maybe it’s the funky bartendress at your favorite liquor lounge, maybe it’s the espresso maker at your local coffee parlor…. See the picture? Find yourself somebody to snuggle and leave me the fuck out of it!

So anyway, in four short months this awesome dude donated so much snuggling to the fifty-three year old woman that she’d finally, finally, finally had enough. And just like that, she never needed to be snuggled again. The teletype machines couldn’t spit out enough copy; she was nominated for International Lifetime Snuggling Achievement Woman of the Year, the Decade, the Century, the Millenium, in whatever year you think this could happen in, whichever is your favorite year, whichever year of the cat or rabbit or duck or dog or snake, whatever year you want to choose, pick the year you were born, for example, or the year in which you’ll die, whatever year gives you the most satisfaction. Because when the Stones sang, “I can’t get no satisfaction,” that was a vicious lie, a piece of propaganda promulgated to make women everywhere stop expecting said “satisfaction,” and to make skanky little slutty Mick Jagger seem more handsome and powerful than he actually was. The Beatles will forever kick the Stones’ lame asses. Forever and ever, amen. No matter what cowards who enlisted in the Coast Guard to avoid being sent to Vietnam might think. Cowards can’t be trusted. Ever. And that’s my final word on this subject. Forever and ever, AMEN.

2 responses to “She Finally Had Enough, a short story”